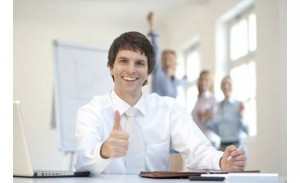 The UK has topped a ranking of the 200 best universities in Europe, taking nearly a quarter of places (46).

The universities of Oxford and Cambridge and Imperial College London achieved the highest scores of all higher education institutions in the continent, based on the data and methodology used to compile the Times Higher Education World University Rankings 2015-2016.

The rest of the top five is filled by Switzerland’s ETH Zurich – Swiss Federal Institute of Technology Zurich and the UK’s University College London (UCL).

Germany is the second most-represented nation in the list of the top universities in Europe, with 36 institutions, almost a third of which (11) are in the top 50. The top university in Germany is LMU Munich in 10th place.

Elsewhere in Europe, Scandinavian countries perform well, with Sweden and Finland punching above their weight relative to their population size with 11 and six institutions respectively. Sweden’s top university – Karolinska Institute – is in ninth place while Finland’s University of Helsinki makes the top 30 (joint 28).

Other strong performers relative to population size include Denmark (six universities – led by the University of Copenhagen at 33rd), the Republic of Ireland (six – led by Trinity College Dublin at 78th) and Switzerland (nine).

The east and south of Europe however generally score poorly in the ranking. Russia underperforms in the table, with just five institutions in the top 200 and one in the top 100 (Lomonosov Moscow State University at 79th) making it the lowest-ranked country relative to its population and GDP, although it ranks highly relative to its GDP per capita. Meanwhile Spain has only five universities, topped by Autonomous University of Barcelona at 70th, and is the second-lowest country when ranked in relation to its GDP.